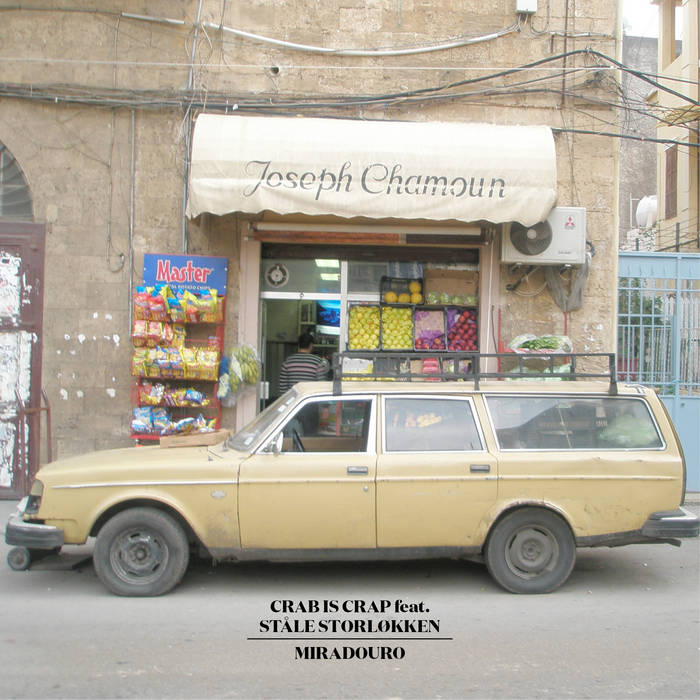 14 years of friendship and collaboration between - according to themselves - two of Europe's most interesting drummers, has finally led to something worthwhile. Crab is Crap's debut record Miradouro, featuring legendary synth guru and Star Wars fanatic Ståle Storløkken.
Having flown under the radar for several years, developing our own way of working, we are getting out there a bit more. We meaning Øyvind Hegg-Lunde and Øyvind Skarbø. The former is playing regulary with groups Building Instrument, Glow and José Gonzales' band Junip, while Skarbø is busy with his trios 1982 and Bly de Blyant, as well as playing behind Håkon Kornstad's Tenor Battle project.

After meeting at Sund folk college in 2001, we've worked together steadily in various settings, usually in trio with various guests. Some examples are drummer (and our former teacher) Terje Isungset, trumpeter and vocalist Per Jørgensen, guitarist Even Hermansen (of Bushman's Revenge), and saxophone players Kjetil Møster and Håkon Kornstad, the latter whom we also did several concerts for kids with.

For this recording, we wanted to invite someone who shares our little to no respect for doing things the "normal" way. Ståle Storløkken is one of the most personal and phenomenal musicans in the world, known to the public from his work with Supersilent, Elephant 9, Motorpsycho and numerous other bands.

We dragged Ståle into the studio on a sunny day. It was May 25, 2014, and that same evening we played a concert at Bergen, Norway's Nattjazz Festival. Pieces from both studio and live are now to be heard again exactly one year later on Miradouro.

Trying to avoid the pitfalls of the standard meet-greet-and-play way of doing improvised music, we have tried hard to give you an album that actually sounds nice on repeated listening. We've chosen parts that has the melodic, rhythmic, emotional and collaborative content you'd expect from composed material. It is all improvised, and the energy is clearly different from pre-planned music, but we strive to not use that as an excuse to do whatever. We hope you appreciate our effort.

To help us make it sound good we recruited Randall Dunn to do the mixing. Dunn does his mixes all analogue, which has proven great results with bands such as Sunn O))), Earth and Norwegian trio Splashgirl.

RECORDING DETAILS: Recorded May 25, 2014, in Grieghallen studio by Pytten Hundvin, and live at USF Verftet by Erlend Myrstad. Post-production by Randall Dunn and Stephan Meidell. Produced by Crab is Crap.

Playdate Records is the latest supplement to the Bergen scene. Experiments from one of the world's most exciting music cities - where not all music is tailored for radio stations. Daring, innovative musicians who choose path refraction rather than fame - and builds bridges across genre boundaries, instead of blowing them up ... more

Bandcamp Daily  your guide to the world of Bandcamp